Iberian Amber: An Exceptional Record of Cretaceous Forests at the Rise of Modern Terrestrial Ecosystems 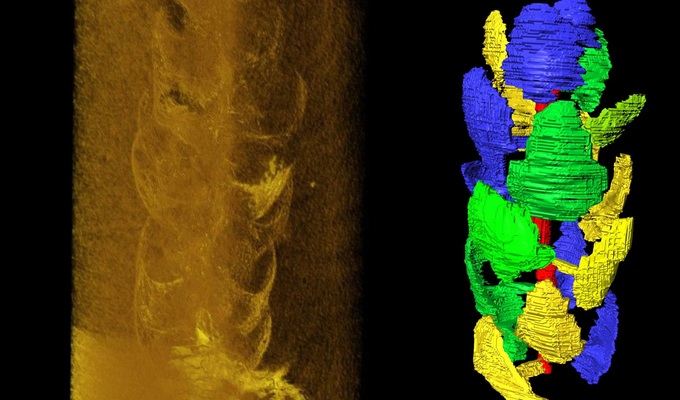 During the Cretaceous, the most important event of massive resin production of the history of Earth took place, apparently occurring globally, continuously and spanning a few tens of millions of years. If confirmed, it will be possible to define a global paleoevent of massive resin production in order to know its nature and to promote a systematic and multidisciplinary research on Cretaceous amber under a new perspective. That will be the main objective of this project. The noted global paleoevent, which we have provisionally named the Cretaceous Resin Event (CRE), is also significant because it occurred during a biotic revolution that brought significant changes to the terrestrial ecosystems, namely the transition between the Mesophytic and Cenophytic periods and the origin of the modern terrestrial arthropod communities. It is well known that fossil resin or amber preserved insects and other small organisms in finer fidelity than perhaps any other kind of fossil. One of our main hypotheses is that a single conifer lineage massively produced the resin that originated in the Cretaceous amber deposits during tens millions of years. Apart from the study of this biotic factor, we will target other potential ones such as insect damage, pathogenic fungi or bacteria, as well as potential abiotic factors such as climate, volcanism, atmospheric gas composition or fire damage. Several sub-hypotheses within the project deal with these factors and we will establish databases based on already available data, including from our own research, and newly gathered one under multiple approaches (geological, paleogeographical, paleoclimatic, and also taphonomic and paleobiological botanical and zoological standpoints) in order to solve the detected knowledge gap.

Předpokládané výsledky/výstupy:
The most remarkable findings and results are published in high impact journals, both multidisciplinary and specialized. In order to define the CRE:1) top-notch techniques, such as synchrotron imaging, nano-CT imaging, NEPTUNE Plus MC-ICP-MS analytics, will be used; 2) we will work within the framework of a large team of prestigious foreign researchers, most of them included in the project, 3) although the emphasis will be put on the study of Spanish amber, some key aspects will be assessed from the international ambers of international relevance, and 4) all the tasks and workload will be coordinated from two Spanish subprojects (Barcelona University and Spanish Geological Survey & # 8722; IGME). By formally defining the CRE at the end project, we will encourage the study of the Cretaceous amber worldwide under this novel paradigm, not just to better understand possible causes and implications, but also to be able to interpret both the amber assemblages and the amber inclusions that spatial- and teporally fall within the paleovent under a much more integrated and coherent framework. In addition, as research on the CRE will be under the scientific leadership of UB and IGME, and supported by prestigious foreign researchers, the project will greatly enhance the competencies of the Spanish System of Science, Technology, and Inovation, including talent recruiting, knowledge generation and socioecoeconomics benefits derived from the REsearch, Developement and Innovation investment, as public dissemination of our results will be paramount. 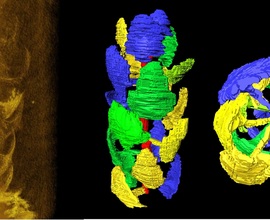